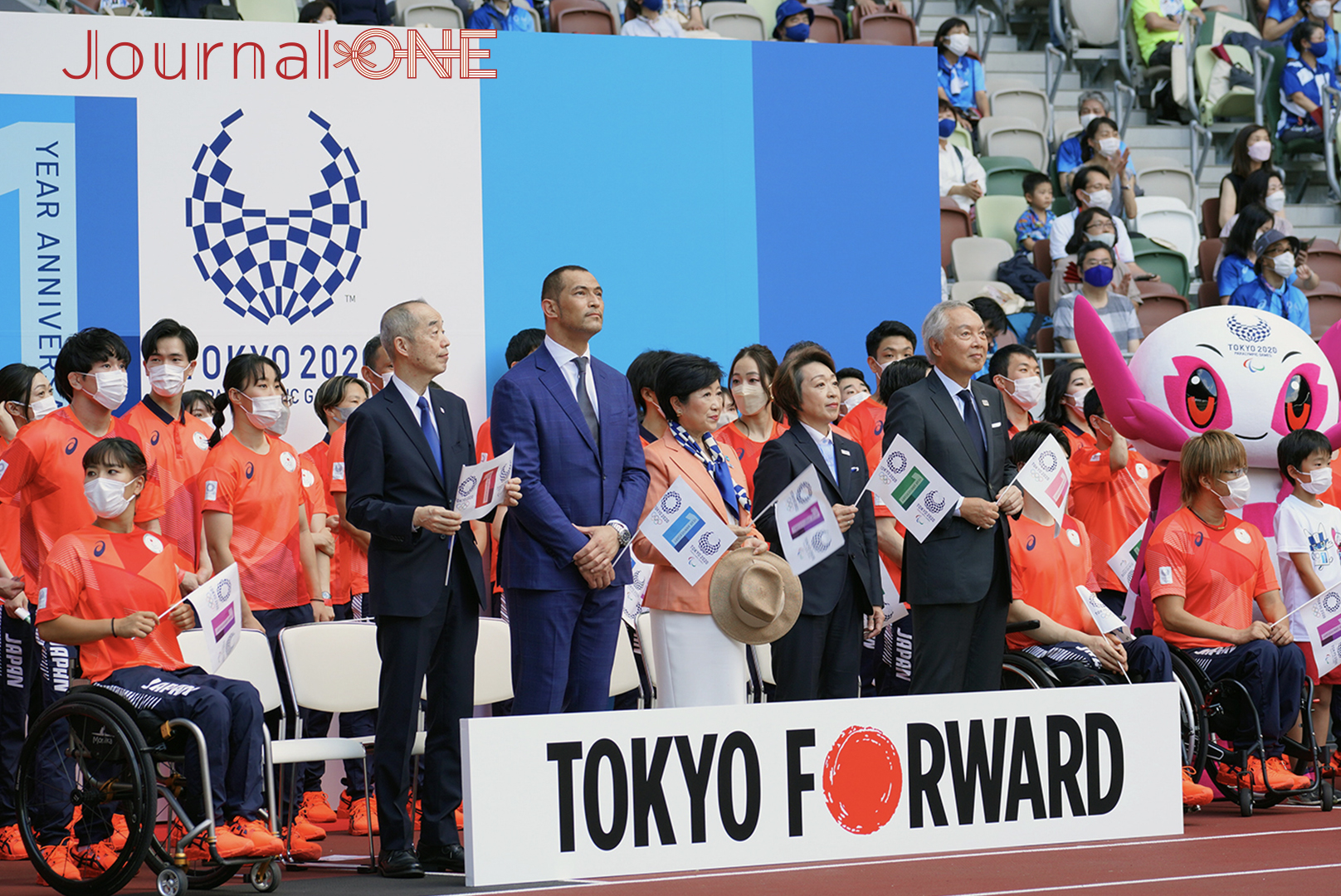 Exactly one year ago, the Tokyo 2020 Olympic Games Opening Ceremony was taken place!
Today, at the Japan National Stadium, where the opening ceremony was held, a commemorative ceremony and a special event to experience Olympic and Paralympic sports was held as a part of “Tokyo 2020 Games 1st anniversary commemorative project ~TOKYO FORWARD~”.

In addition to reporting on this event, I spoke with the organizer, Mr. Teruomi Kaneya, chief of the Sports Promotion Department of the Bureau of Citizens, Culture and Sports of the Tokyo Metropolitan Government.
It’s as exciting as the moving opening ceremony you watched on TV being held again, isn’t it?
“This event is an expression of our gratitude to all those who supported us in making the Tokyo 2020 Games a success in the wake of the COVID-19 pandemic. I would be happy if you could relive the experience at the Japan National Stadium where the opening ceremony was actually held!” (Mr. Kaneya) 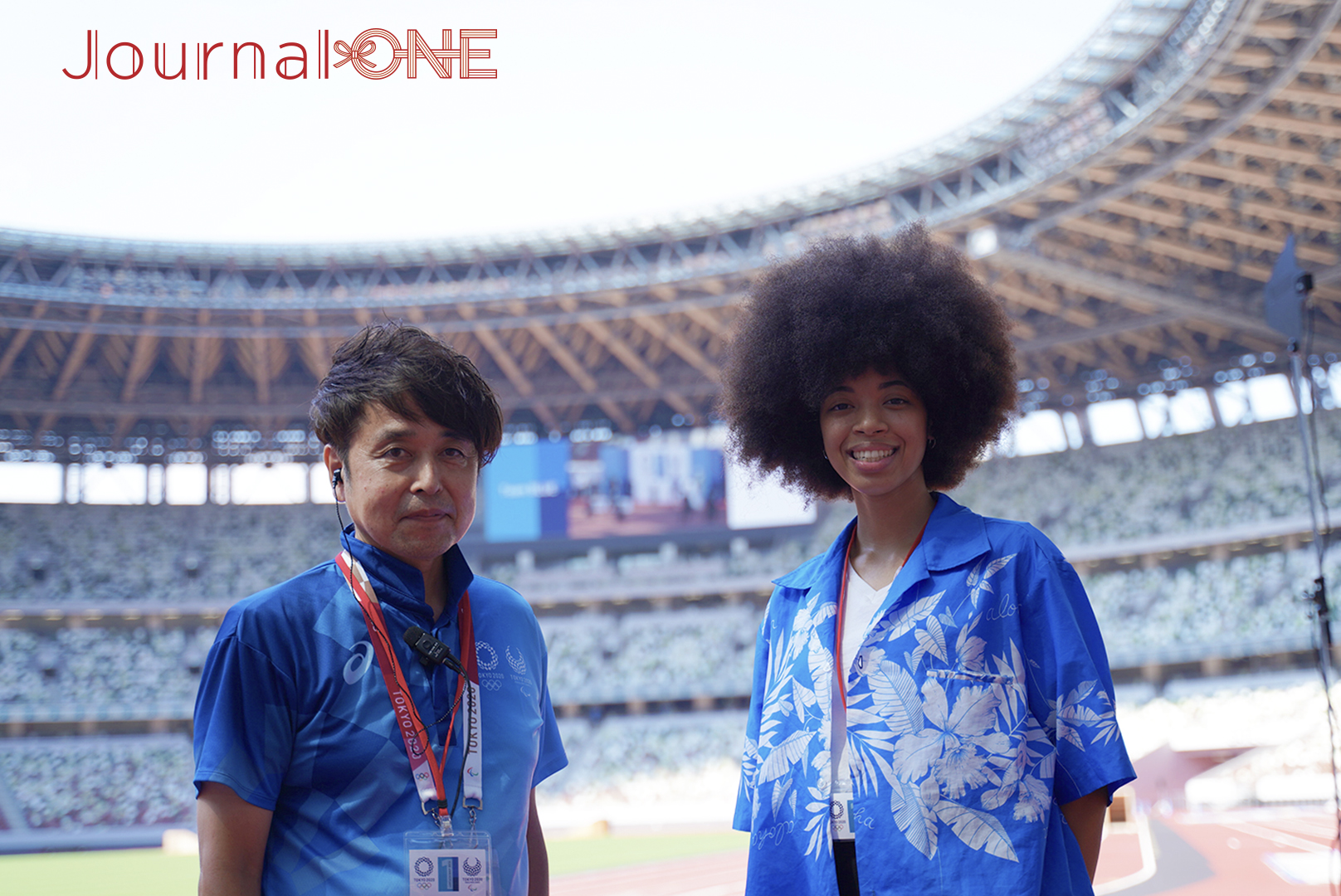 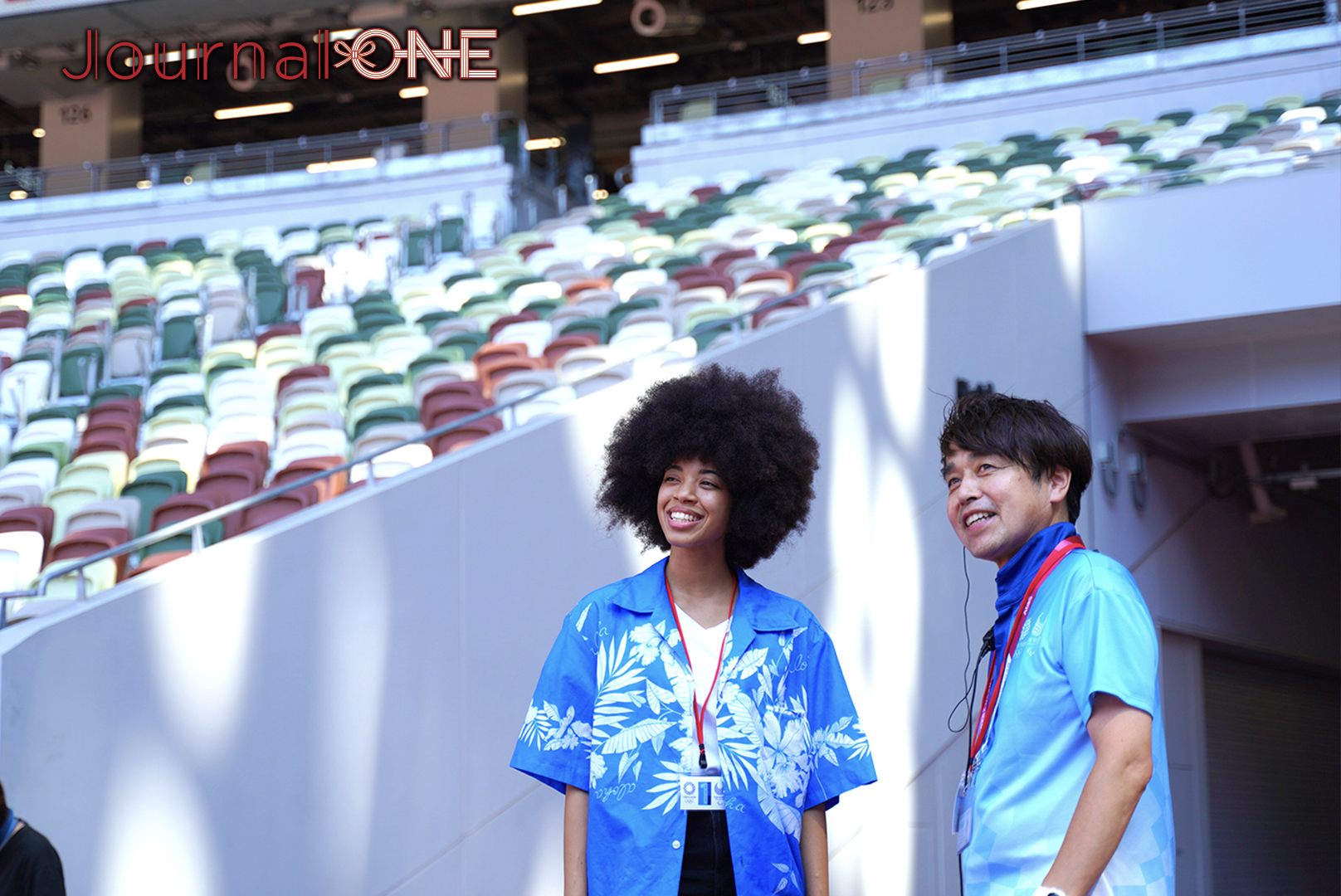 I think that it has been a real challenge to manage the Olympics with the disaster that Covid-19 spread. A year has passed since the outbreak, and the situation still remains unpredictable.
“Covid-19 has completely changed events, hasn’t it? The Tokyo Metropolitan Government has taken all possible measures to prevent infection by limiting the number of visitors to 20,000, and has also created a system that allows as many people as possible to participate through remote viewing on YouTube and through avatars.” (Mr. Kaneya)

Please tell me the highlights of this event.
“I would like visitors to not only relive a part of the touching opening ceremony, but also to learn about the current activities of Olympians and Paralympians, the “omotenashi” (hospitality) of the volunteers who played an active role in the Tokyo 2020 Games, robot security and multilingual information using the latest technology, and many other legacies that they could not experience because the Games were held without spectators. (Mr. Kaneya) 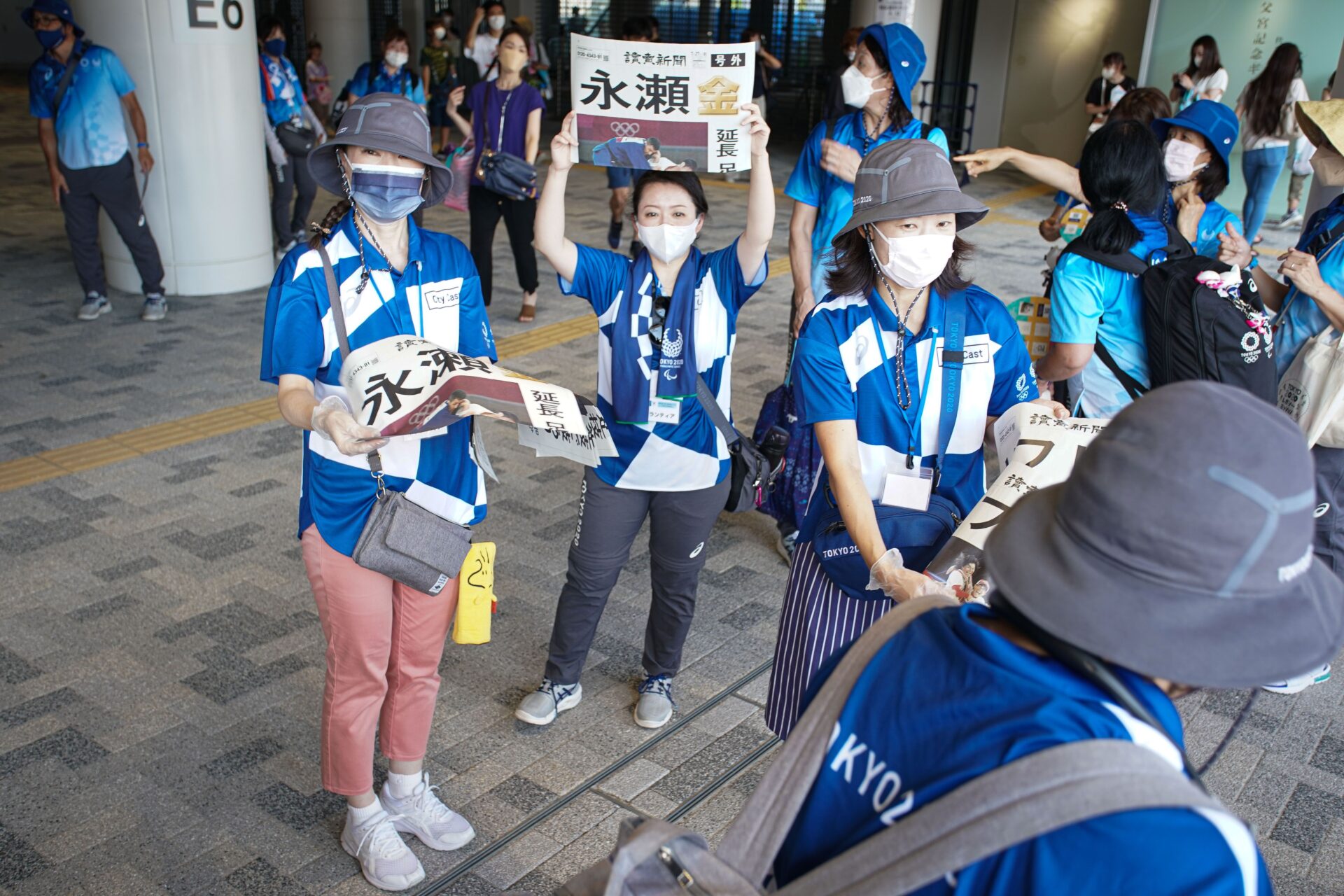 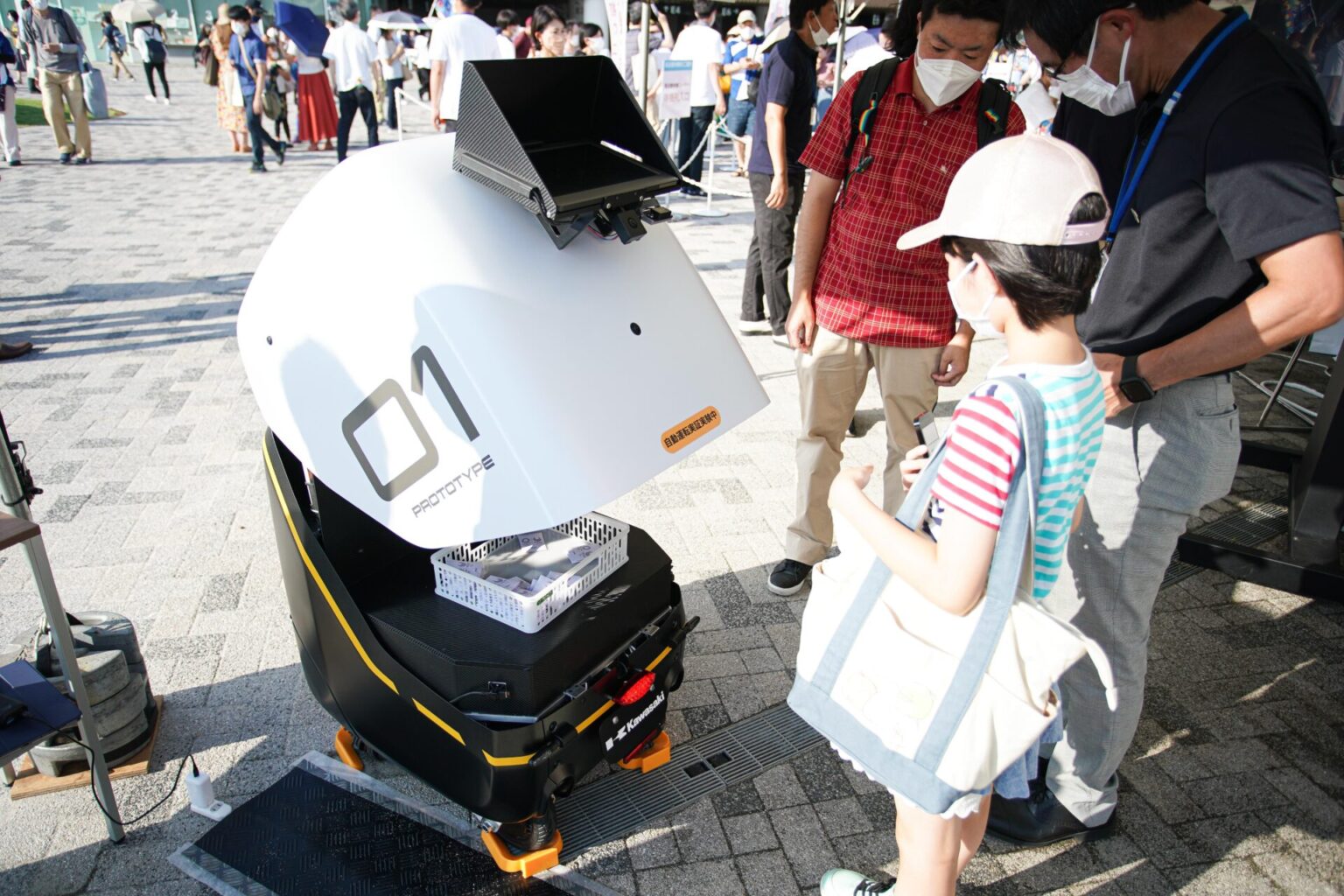 Here, the word “legacy” was mentioned. I have heard the term “Olympic and Paralympic legacy” used in various situations, but what do you mean by the legacy of the Olympics and Paralympics?
“The 1964 Tokyo Games saw the construction of the Tokyo Metropolitan Expressway and the establishment of the youth sports organization, and even today there are visible legacies that have developed along with the society. For the Tokyo 2020 Olympic and Paralympic Games, subtle legacies are expanding, such as sports education at universities and the act of volunteering. And of course, as the various newly constructed stadiums are reopening soon, we expect to see more and more sporting activities taking place.”

The first anniversary event is a good chance for us to realize the numerous legacies!
“The Tokyo Metropolitan Government has designated from July to October as the period of the 1st anniversary commemorative events, so various events will be held in various locations throughout Tokyo. On August 24th, the Tokyo 2020 Paralympics 1st anniversary event will be held at the Ariake Arena, including an international wheelchair basketball exhibition match. Please look forward to these as well.” (Mr. Kaneya)

In the busy time just before the event, Mr. Kaneya’s easy-to-understand explanation got me excited to enjoy the atmosphere of the Tokyo 2020 Games!
My report of the “Tokyo 2020 Games 1st anniversary commemorative project ~TOKYO FORWARD~” is detailed in another article and on Instagram, so please be sure to take a look at that as well.